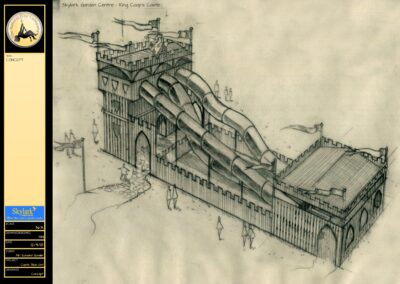 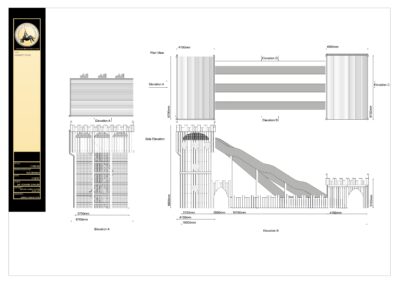 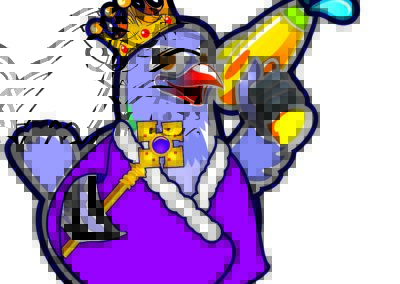 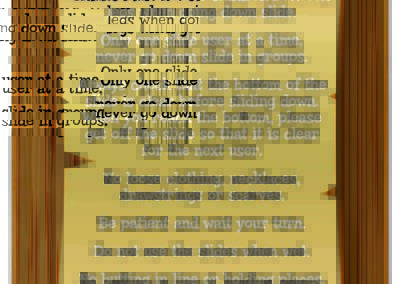 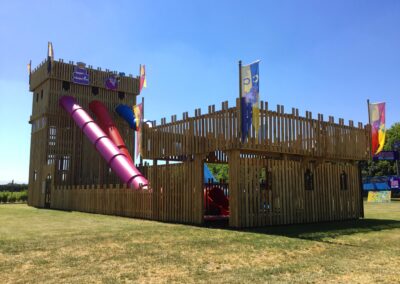 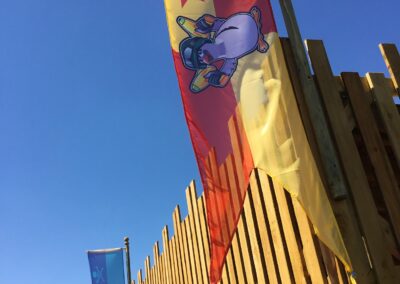 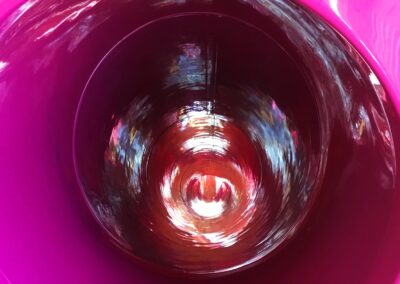 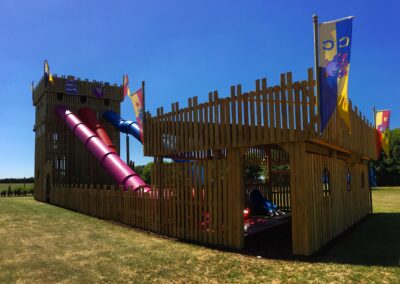 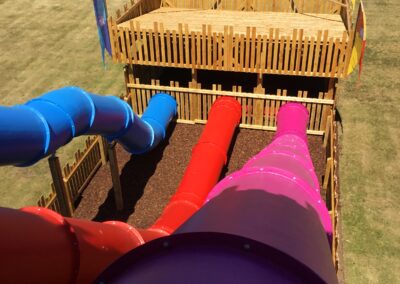 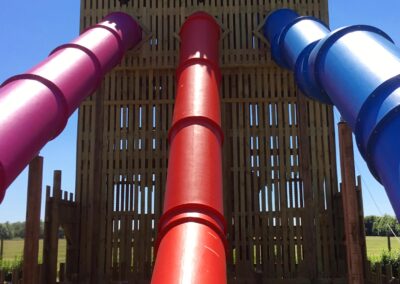 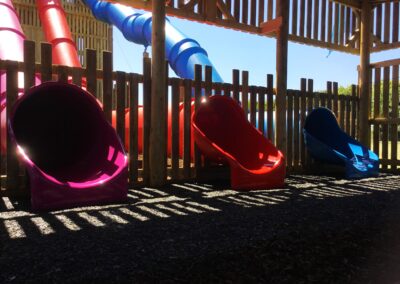 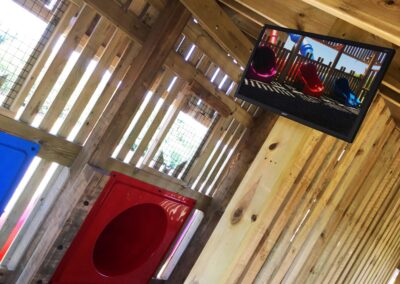 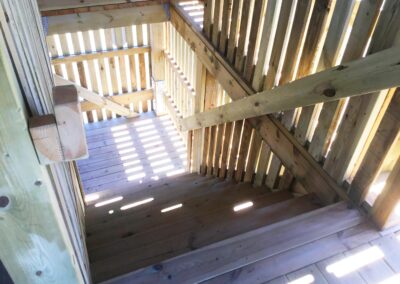 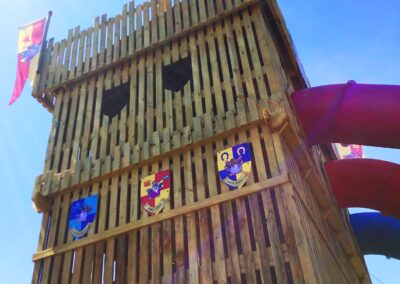 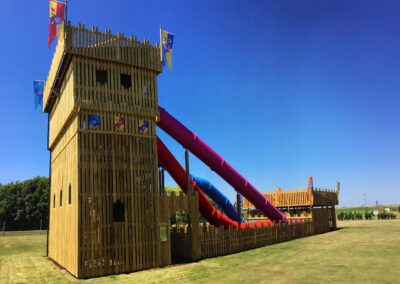 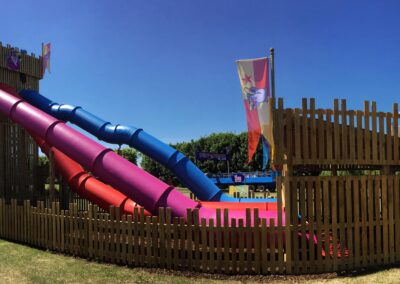 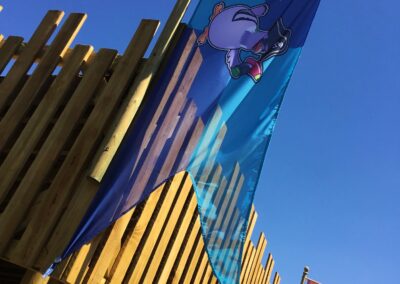 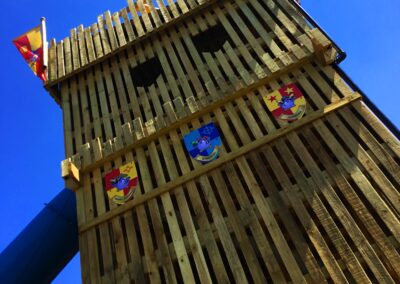 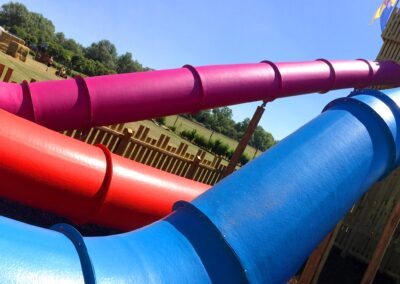 The client already had existing characters that it was using in it's corporate identity and they wished to bring them into a new and exciting castle themed play structure, King Coop's Castle was the end result.

Working closely with the client, Natural Play began by coming up with concept sketches for the castle which were quickly approved, once technical drawings had also been approved we began construction. Five weeks later the project was complete, even down to the colour matched slides to their characters, giving the project a real cohesive feel.

The castle was set into the glorious open fields of the garden centre and is so high that it can be seen over the trees while passing on the road outside the business!